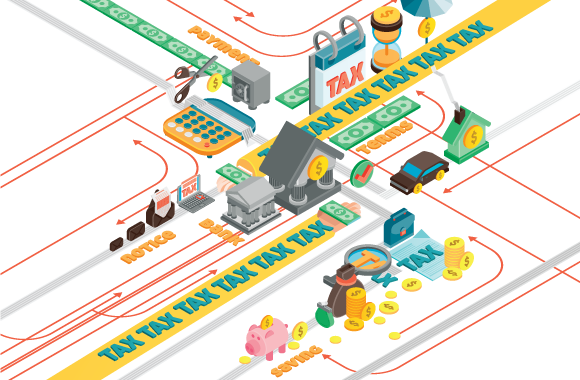 When that tax reform could happen is obviously still in question. But it’s likely to be soon, according to many political forecasters and T.R. Reid, author of “A Fine Mess: A Global Quest For A Simpler, Fairer, And More Efficient Tax System.” Reid told NPR’s Steve Inskeep that tax reform historically takes place roughly every 32 years.

“And the reason is, over three decades, you get this huge accumulation of loopholes and credits and exemptions and new rules,” Reid told Inskeep in the Morning Edition interview. “And it just becomes such a monster nobody can deal with this about every 32 years. And guess what — 32 years from 1986 is 2018. So the time has come for us to fix our tax code.”

With tax reform in the headlines and the national dialogue in the coming months and years, taxes likely will be on clients’ minds more than usual. But many financial advisors avoid talking taxes out of concern they’ll violate federal regulations and industry standards about who can provide “tax advice.”

This is a disservice to your clients. The interactions of various tax provisions can increase a client’s overall tax liability and, in turn, diminish the sustainability of their retirement income. One extra dollar harvested from the wrong account at the wrong time can snowball into $3.60 of income subject to tax.

Advisors acting in the best interest of their clients cannot ignore the topic of taxes. The Covisum white paper, “The Elephant and the Snowball: How Advisors Can and Should Talk Taxes With Clients,” explains what you need to know.

Understanding how taxes impact financial planning will not only differentiate you from other financial planning professionals but also provide you with a basic knowledge so that you’ll better understand how any tax reform — whether it’s in the coming months or years — will impact your clients.

Get your copy of the white paper.