Considerations for Employees on the Government Pension Offset 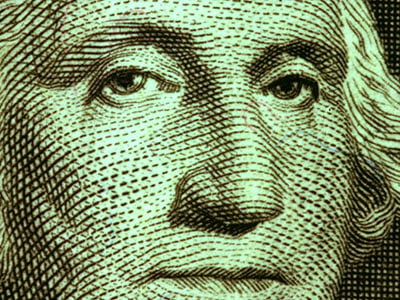 When I spoke about Social Security planning at the NTSAA 403(b) Advisor Summit in Las Vegas, much of the discussion centered on the Government Pension Offset (GPO) and Windfall Elimination Provision (WEP) in Social Security.

If you’re an advisor who works with teachers, police officers, firefighters, government employees or the spouses of those workers, you need to be aware of these provisions and how they affect your clients.

While the GPO and WEP differ in who they affect and how they impact benefits, both are aimed at reducing Social Security benefits for people who receive a pension from work in which they did not pay into the Social Security system.

What is the Government Pension Offset?

Upon Bruce’s death, she would still get a survivor’s benefit, but it would be only $500, rather than the $2,500 (at her full retirement age) she would get if the GPO did not apply.

As you can see, the formula is progressive, which means workers with low average lifetime earnings will receive a larger proportion of their earnings as a Social Security benefit.

For someone who worked in the private sector for 10 years then changed careers to become a public employee who didn’t pay Social Security taxes, their AIME would be relatively low because their 10 years of income would be averaged over 35 years. Therefore, the benefit formula would replace more of their earnings at 90% than someone who spent his or her full 35-year carrier in covered employment. This is known as a windfall. Under the WEP, instead of 90% of their first $856, this worker would only get 40%. Let’s look at an example of someone with an AIME of $1,500.

The WEP reduced this worker’s earnings by $428 per month. A worker’s WEP reduction cannot exceed more than half of his or her pension. And workers who have 30 or more years of Social Security-covered employment are exempt from WEP.

How Many are Affected?

According to the Social Security Administration1, GPO and WEP affect a relatively small portion of the population. In December 2009, the SSA reported that nearly 522,000 Social Security beneficiaries, or about 1.6% of all retired worker beneficiaries, had spousal benefits reduced by the government pension offset and 1.2 million Social Security beneficiaries were affected by the WEP (about 3.3% of retired workers). Of those 1.2 million, only 8% were spouses and children of affected workers. I would propose that the numbers are actually considerably larger (particularly spouses and children).  If spouses were aware of the “restricted application” and it was a more common technique, a considerably larger portion would end up subjected to the WEP.

Take the example of Jim and Susan. Susan was a teacher who did tutoring on the side throughout her career. Jim was the higher earner. Under normal circumstances, which is all the SSA’s numbers above account for, Susan would be affected by WEP and Jim would fall into the 92% of spouses that SSA claims are unaffected. However, Jim and Susan’s advisor runs their numbers through Social Security Timing® and the software recommends that Jim file a restricted application, i.e. file for a spousal benefit under Susan’s record at age 66, then switch to his own benefit at age 70. In this scenario, which the above stats do not account for, Jim’s spousal benefit would be impacted because Susan’s total benefit has been reduced by WEP.

The point of all this is to raise awareness of two issues: First, GPO and WEP affect a lot more people than even the government realizes. Second, there are ways to get more benefits for your clients by understanding these results and having a process like Social Security Timing in place to identify optimal claiming strategies.

Let’s go back to the first example outlined in the explanation of the Government Pension Offset. Cindy’s entire spousal benefit was eliminated by GPO and after Bruce’s death she would only have received about $500 as a survivor benefit. A simple analysis by their advisor would have revealed that if Bruce delayed his benefit to 70, the survivor benefit to Cindy would be $1,300. That could easily make the difference between whether Bruce should elect at full retirement age or delay. In short, we are happy to be able to provide a process that incorporates both the WEP and GPO.

As an advisor who works with government employees, you need to not only be aware of how these provisions such as the government pension offset work and who they affect, you also need to understand that your clients are beginning to expect this kind of advice when it comes to Social Security. According to research conducted in 20112, 57% of married couples age 60-66 now expect Social Security advice from their financial planner. Another 56% said they would actually look for a new advisor if their current one didn’t offer this kind of advice. In other words, when it comes to Social Security planning, your clients aren’t the only ones who have something at stake.

Get blog notifications in your inbox.

Posted by Joe Elsasser, CFP®, President of Covisum
https://twitter.com/jelsasser
Joe developed Social Security Timing® in 2010 because, as a practicing financial advisor, he couldn’t find a Social Security tool that would help his clients make the best decision about when to elect their benefits. Inspired by the success of Social Security Timing, Joe founded Covisum®, a financial tech company focused on creating a shared vision throughout the financial planning process. In 2016, Covisum introduced Tax Clarity®, which helps financial advisors show their clients the hidden effective marginal income tax rates that can significantly impact cash flow in retirement. In early 2017, Covisum acquired SmartRisk™, software that allows advisors to model “what-if” scenarios with account positions and align a client’s risk tolerance with their portfolio risk. In January of 2019, Covisum launched Income InSight®, an income planning tool that deeply integrates with Covisum's other tools and helps advisors make better financial decisions, faster while resolving conflicts in assumptions and conflicts in results that plague other financial planning tools.
Topics: Social Security

No credit card required. No commitment.

More blogs on this

Show Clients What Their Retirement Investment Strategy Could Look Like

© 2010 – 2020 Covisum®. All Rights Reserved. Covisum is not connected with, affiliated with or endorsed by the United States government or the Social Security Administration. The local advisor offering Covisum products may be an insurance agent, financial advisor, accountant or attorney. Advisors may offer other products or services and are compensated by commissions and/or fees for any other services they may provide.