How New Tax Law Will Impact How You Help Clients 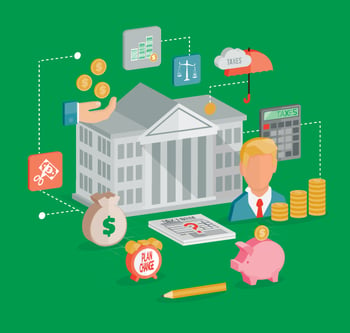 For all the talk about how the Trump tax plan, the House plan and the Senate plan change the current tax system, there has been little talk about just how similar they are to the current structure. For mass-affluent retirees and the advisors who serve them, the future is highly similar to the past — rich with opportunities to help clients

The tax plans don’t change the fundamental concepts in the current tax system. Here, we break it down by those basic concepts and explain how the different tax reform proposals would impact — or not impact — each.

Concepts of Our Tax System

An amount that is excluded from any taxation

In the past, everyone has been able to exclude a certain amount of income from being taxed: a standard deduction, plus personal exemptions, plus an additional deduction for those age 65 and older or blind. The concepts will remain under the new tax law, but the numbers simply change. The standard deduction will be considerably larger — $12,000 for singles, $24,000 for couples and $18,000 for head of household.

The new, larger standard deduction is also supplemented with a tax credit per child, which is refundable up to $1,000 per child, plus an additional amount per other dependent. The amounts of these credits are still up in the air and we don’t expect them to be finalized until a bill hits President Trump’s desk. Conceptually, this credit is similar to the current system in which a couple age 65 and older can have $23,300 of ordinary income without paying any federal income tax. Under the House rules, the same couple could have $29,000 before paying any federal tax as the first $24,000 would be eliminated by the larger standard deduction and the next $5,000 would be eliminated by the tax credit for dependents of $300 each. ($600 divided by the 12% tax rate for income over the standard deduction). Because the Senate bill continues to change, we’ve used the House example here. We expect the Senate bill to be conceptually similar.

Under the progressive tax rate concept, the more you earn, the more you pay on additional income. There are currently seven tax brackets — the Senate plan keeps it at seven, but the House plan would shrink the number to four. The Senate plan brackets are still in flux and considerable effort will go into reconciling the final Senate bill with the House bill. How these are reconciled will create opportunities to focus on, but the process of “maxing a bracket” shouldn’t be significantly different than it is today.

Conceptually, there are really no changes to capital gain and qualified dividend tax treatment.

The determination of the capital gains tax rate

Provisional income is the measure by which the IRS determines if a Social Security beneficiary’s income is taxable. Neither the House bill nor the Senate bill addresses the current provisional income formula. The inclusion of Social Security benefits as taxable as ordinary income creates severe distortions in the effective marginal rate a taxpayer pays. Neither tax bill addresses this issue, which means that the impact of income decisions may still be significantly greater than the bracket rate would indicate. Because neither version addresses the issue, the opportunity remains great for financial advisors to help clients realize the importance of their Social Security decisions. We also recently searched all pending legislation in Congress and the only active bills surrounding the provisional income formula increase the taxability thresholds and index them to inflation. No current bill makes Social Security income fully taxable as ordinary income.

Many specific itemized deductions were removed in early drafts of the tax reform bills, then added back as special interest groups cried foul. It’s unlikely we’ll have any idea what the final compromises on itemized deductions or business income will be until we have a tax bill that has been reconciled between the House and Senate and is off to the president for signature.

For all the press and the debate about winners and losers under the new tax bills, it’s important to keep in mind that the basics of our tax system will be preserved, with an amount of income that is exempt from tax, based on the size of the household, with ordinary income rates differing from long-term capital gains rates, with unusually complex taxation of Social Security benefits, and with some system of itemized deductions as an alternative to the standard deduction.

One of the major goals of business is to simplify procedures to make execution easier, removing roadblocks and quirky incentives that often backfire. Because governments generally rely on compromise to get things done, simplification is rarely the end result of the lawmaking process. Deals are cobbled together with a variety of concessions to satisfy various special interests in congressmen’s or senators’ jurisdictions. These concessions create perverse and often accidental interactions that end up creating a complicated mess of rules that require a bureaucracy to support them.

Even though the politicians’ spin to the public is that this tax reform simplifies tax filing and the tax system as a whole, the reality is that the system remains complicated and that financial advisors can still add significant value to their services by helping clients navigate the complexities. Tax Clarity™ is the only advisor software that quickly and uniquely identifies and graphically illustrates the interactions between different provisions of the tax system. Most financial advisors have a significant base of middle and upper-middle income clients who can benefit from intentional coordination of different income streams in retirement.

We are following the news and will match our software to changes in the system.

How Advisors Should Talk Tax-Efficient Planning With Clients
Read