The 5-Minute Triage: Learn Quickly if an IRA Deduction is Double Dipping 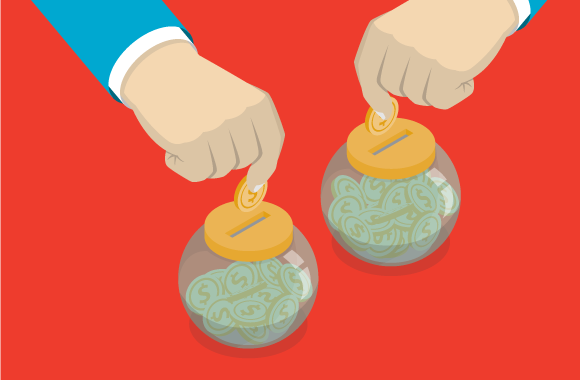 For many middle income people approaching retirement, a common question is whether to contribute to a traditional IRA or to a Roth IRA. Often, the rationale for contributing to the Roth or forgoing an IRA contribution altogether is that the client’s tax bracket in retirement is likely to be the same or potentially higher than it is now. Unfortunately, this shortcut often misses the point. When planning a retirement investment strategy, the client should be concerned less with the tax bracket and more with his effective marginal rate, or EMR. The EMR is the actual amount lost to taxes on each additional dollar of income, or conversely, it is the actual amount saved by making a contribution to the deductible IRA.

There are many situations in which the EMR tells a more complete story than the bracket, but one of the most common is when the client has both ordinary income, such as wages or IRA withdrawals, combined with capital gains. Long-term capital gains and dividends that occur when the client is below the 25% ordinary income bracket receive a 0% tax rate. Once the client reaches the 25% tax bracket, any long-term capital gains or qualified dividends that fall above the bracket are taxed at 15%.

When a client has some capital gains that are getting the 0% rate and some that are getting the 15% rate, a deductible IRA contribution actually saves 30%, rather than the 15% that the tax bracket would indicate. Why?  The contribution is deductible against ordinary income, and in turn, lowers ordinary income so that the same amount of capital gain or qualified dividend falls under the threshold for the 25% bracket. That saves an additional 15%, for an effective tax savings of 30% on the IRA contribution, even though the client is in the 15% bracket for ordinary income, basically doubling the tax savings on the contribution.

One of the easiest checks an advisor can perform when building a retirement investment strategy is to look at lines 9b (Qualified Dividends) and line 13 on the tax return, or preferably, a tentative tax return. If either of these lines has an entry, then it is worth exploring whether the impact of a traditional deductible IRA contribution is limited to saving only ordinary income tax or if it will have a spillover effect by causing some of the capital gain to fall into the 0% bracket that would otherwise have fallen into the 15% bracket.

One way of exploring the question is to use tax software to enter an IRA contribution. Add a $1,000 IRA contribution and look at the client’s total tax on line 44. If the amount on line 44 changed by more than $150, then the client may be in double-dip territory. You or the client’s CPA would need to iteratively identify how much to actually contribute as the maximum may be overkill, or there may be limits on the contribution due to participation in an employer-sponsored retirement plan.

A second, and in my opinion much easier way, is to use Tax Clarity® to quickly identify whether this interaction is present. Within five minutes, an advisor can triage whether a referral to a qualified CPA or EA may make sense. The gray in the chart below is the effective marginal rate, and the red is the standard tax bracket. In this case, it should be readily apparent that an IRA contribution would save 30%, even though the client’s ordinary income will fall in the 15% bracket.

Although this is one interaction that causes an effective marginal rate to be significantly higher than the bracket rate, there are many other ways that Tax Clarity can help advisors find for their clients.

How deductions and exemptions can snowball
Read