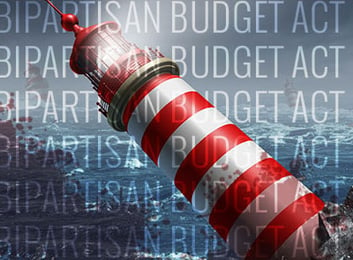 Our answer is a resounding “no!” In fact, we look at these changes as a marketing opportunity for advisors, especially for those of you who have decided to make Social Security timing decisions a centerpiece of your financial practice.

To begin with, the new law creates three sets of rules based on a client’s birthday. One set applies to people who are 66 today or will turn 66 prior to April 30, 2016. This creates a real sense of urgency for them to make claiming decisions by that deadline.

Finally, the third set of rules applies to individuals born Jan. 2, 1954, or later. Those individuals will be subject to the deeming rule, which will require them to claim all benefits for which they are entitled, eliminating the ability to file only for spousal benefits while allowing a retirement benefit to accumulate Delayed Retirement Credits.

To illustrate the effect on reviewing a Social Security timing decision, let’s look at three different case studies to see how the new changes impact couples who fall into each of the time periods created under the new law.

The recommended strategy for this couple is as follows:

As you can see from the diagram, the difference between the recommended strategy and claiming early is significant. In fact, the present value of the increased benefits by exercising a Switch Strategy is $205,000.

Note that the only thing that we changed in this example is John’s date of birth — all other factors remained the same. The recommended strategy for this couple is as follows:

The difference between the recommended strategy and claiming early is still significant. In fact, the present value of the increased benefits by exercising a Switch Strategy is more than $188,000. Compared to the previous example, the present value for this couple is still 92% of the benefit that would have been available had the law not changed.

Note that the claiming strategy for this couple focuses entirely on the timing of benefits and creates the following recommended strategy:

Again, the difference between the recommended strategy and claiming early is still significant. In fact, the present value of the increased benefits by exercising a Switch Strategy is $122,000.

We hope you understand that the opportunities for quality advice still abound. The vast majority of people who claim Social Security benefits still claim early, and they do so without the assistance of a financial advisor.

Additionally, since Social Security income enjoys a tax-preferred status in any client’s retirement income plan, we can teach you in our online training, The School, how to find additional present value savings that may offset some or all of the reductions that clients may experience in the future. In the meantime, good advice will be even more important because the rules just got a whole lot more complicated.

Try the software now for free and see for yourself.