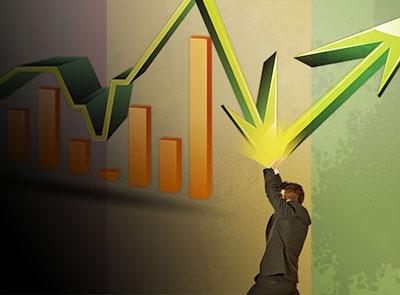 There is no shortage of research literature that directly ties the financial futures of many women to the claiming decisions of their husbands. For example, a study commissioned by the Federal Reserve in 2012 concludes the following: Husbands are very responsive to their own benefit incentives, but they are not responsive to the incentives created by dependent benefits.1

The report also concludes that most families do not maximize benefits for the lifetime of the household.

It is well known that changes in tax law can influence and change individual behavior. What is extremely interesting to me is that it appears a change in the law surrounding the earnings test may have had a negative impact on the financial futures of many married women. The behavior change represents a kind of upside-down result from what appears to be a positive change in the law.

Over a period of years, the application of Delayed Retirement Credits (DRC) increased from 3% per year to the current level of 8%. Then in 2001, the Senior Citizens’ Freedom to Work Act was implemented, and the earnings test was eliminated for retirees who had reached Full Retirement Age. At the signing ceremony for the bill, President Clinton said it “means that our seniors will be able to enjoy extra income and personal fulfillment that comes with work without being penalized.”2

What’s astounding about this action is its apparent effect on the earning of DRCs by male Social Security claimants. Remember, widows and women who had previously been married for 10 years are the ones who are directly impacted by survivor benefits.

This chart illustrates a dramatic reduction in the accumulation of DRCs by men who filed for benefits after passage of the act.

Although I was unable to find information for age groups after 1943, the trajectory into the future predicts a disturbing trend for household and survivor income.

Considering this significant change in claiming patterns, you can see the importance of using our software and training classes for Social Security planning — they equip you to assist clients in making wise retirement income planning decisions. Social Security rules are complicated, and the financial impact of claiming decisions, especially for couples (or former couples), is significant.

Retirement income planning decisions are not made in a vacuum of rules and regulations. They co-exist with a multitude of risk management decisions that are further complicated by people’s perceptions of life expectancy. A Forbes article with the headline “Americans Clueless About Life Expectancy, Bungling Retirement Planning” cites a recent Society of Actuaries report that found that more than half of Americans underestimate their life expectancy and that their financial planning time horizons are too short.

The combination of complexity, lack of information and counter-intuitive behavior can result in a recipe that makes for disastrous retirement planning decisions. The retiring and pre-retiring public needs our help today, now more than ever.

For those of you hoping to expand your knowledge and acquire the tools to communicate this message to the public, register for our school online program.

1 Alice M. Henriques, “How Does Social Security Claiming Respond to Incentives? Considering Husbands’ and Wives’ Benefits Separately,” Staff working paper, in the Finance and Economics Discussion Series, Board of Governors of the Federal Reserve System, March 14, 2012.

What is the Social Security Widow Benefit?
Read