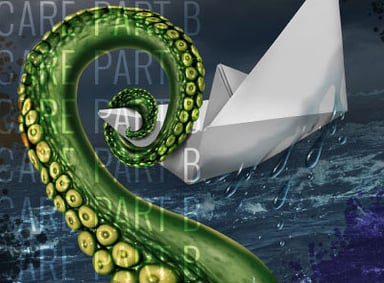 Our phones rang off the hook, and emails flooded our inboxes immediately following the government’s Oct. 15th announcement that Social Security recipients will not see an increase in benefits next year.

The main question: should a client file for Social Security benefits by the end of the year to avoid the higher Medicare Part B premiums in 2016? In most cases, this sort of thinking is like prescribing a lobotomy to deal with a headache.

To understand how Medicare is tied to Social Security and why it shouldn’t derail your long-term planning for a client, let’s  say that you have 10 66-year-old retirees who are all on Medicare and are paying $100 per month as a Medicare Part B premium. Let’s also assume a 20% increase in Medicare costs. Medicare rules dictate that these cost increases must be passed on to participants in the form of Part B premium increases. Were it not for a provision in the Social Security rules known as the hold-harmless provision, all 10 retirees would each receive a $20 increase, making their 2016 premium $120 each.

The hold-harmless provision effectively says that your Social Security check can’t decrease due to a Medicare premium increase. In a year like 2016, when there is no cost-of-living adjustment, a Medicare premium increase cannot be passed on to the seven of 10 retirees who are already collecting Social Security benefits. That means the entire cost increase of $200 has to be spread over only three retirees, giving them each a $66 premium increase. We’ve used round numbers to illustrate the concept, but the impact in 2016 is an expected Part B rate increase of approximately $55 per month, and more for high-wage earners.

While this sounds terrible and is definitely getting the attention of the media, the public and advisors alike, we believe it’s important to realize three things:  It’s not new, it’s not permanent, and the cure is usually far worse than the disease.

However, in 2012, Social Security recipients saw a 3.6% COLA. Because of that COLA, the premium increase could now be spread across the entire Social Security population, which is exactly what happened. The Part B premium actually decreased for new enrollees and those not held harmless from $115.40 to $99.90 because those who were held harmless the prior two years had their premiums increase to the same $99.90. In far too many of the articles out there, the transitory nature of this premium increase is ignored, so many may believe that it is a significant problem that requires planning to avoid. That’s not the case. If a retirement plan wasn’t stress-tested and built to withstand a year or two with an extra $650 expense, it wasn’t much of a plan to begin with.

We’ve even seen papers from major advisory firms suggesting advisors should have their client file now to fall into the “hold harmless” group. In most cases, this is short-sighted.

In the days following the no-COLA announcement, we saw about 3,000 total reports run through our software, with the average present value difference between an early claim and an optimized claim as about $112,000.  Much of the time, suggesting that someone file in order to avoid $650 of additional Medicare premium is like choosing $650 over $112,000 — not very bright. There are times when it makes sense, particularly for a lower-wage earner in a couple or a single person with short life expectancy, but these are the exception, not the rule.

Advisors who are asked by clients whether the client should file based on the premium difference should remind clients of the reasons you decided on the strategy in the first place and the value it created. Odds are, the difference was worth far more to them than $650. Then remind the client that this challenge is not new, it’s not permanent, and the cure is worse than the disease.

Not a Social Security Timing subscriber?

WATCH: Don't Be Fooled Into Believing a Portfolio is Diversified
Read

Don't take our word for it... tools that will help you help your clients
Read